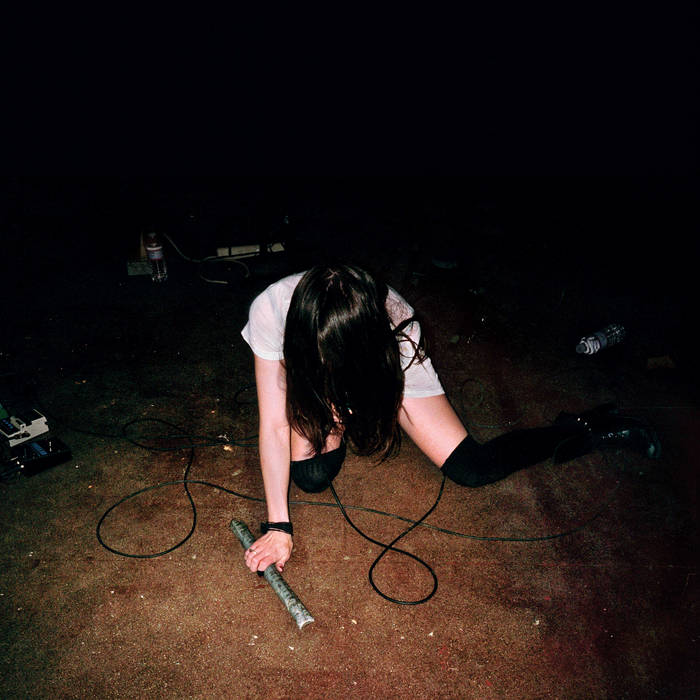 jc it's tearist. duh. Favorite track: Headless (Single Edit from Side A).

***FULL LENGTH SIDE A & SIDE B of Album are included with full album Purchase:

Over the last two years Tearist has become one of the most notorious and vital bands in the new underground pulsing through Los Angeles. Building on songs driven by intense vocals and synths, the duo’s performances are known for being deeply physical and direct events. Yasmine Kittles sings from the depths of her body/soul and moves in a near-transfixed state, using scrap metals to scrape rhythm from the ground beneath her. All the while, as if telepathically linked, William Strangeland uses sputtering, cracked synthesizers to create shimmering melodic lines along rumbling interlocked beats and rhythms. Their songs flow and surge, building thick layers of analog sound and noise, often leaving wrecked PA’s in their wake.

The album is a rough, raw document taken from audience recordings made in warehouses, lofts, concert halls and everywhere in between. Across two sides of vinyl, multiple versions and performance tapes are spliced, mashed, layered, collapsed and collaged to create an organically flowing album. Full songs cut with snippets and interludes capture the band in its early formation. This is a sideways introduction to Tearist’s devastating performances and a nod to semi-legendary live cassettes and bootlegs. Think of it as a sort of Sonic Death, 2 x 4, or Metallic K.O. for today, or maybe 23 Minutes Over Brussels via Los Angeles. This is immediate and unpolished sound as a means to an intimate and transcendent experience.

Bandcamp Daily  your guide to the world of Bandcamp